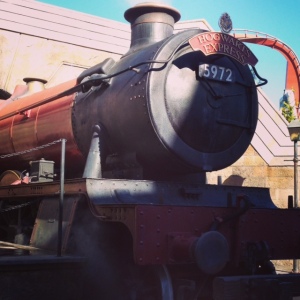 Make sure you have your owl cozy: 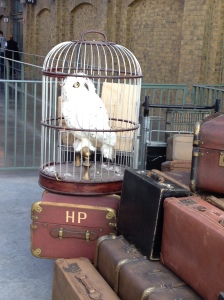 And your wand ready:

Between September 1 (first day of Hogwarts) and July 31 (Harry Potter’s birthday), Rowling’s world has a real effect on how I see the yearly calendar. Fictional days are the best!

From this New Yorker article about JK Rowling and her new novel:

“[Harvard scholar of children’s literature, Maria] Tatar’s students grew up with the books. “You can’t imagine what happens when I just say ‘Harry Potter,’ ” she said. “They’re transported. And they start to speak Harry Potter among themselves, and I feel like an alien.” Many of her students report that, as children, they learned about learning from the books’ depiction of Hogwarts. “It reshaped their understanding of what education was about—and what adults were about. They could recruit these adults and have them help landscape their lives.””

I grew up just before Harry Potter really took hold, and I remember lots of books and television shows that didn’t feature adults. Parents were generally absent and teachers were pretty nonexistent. I like Rowling’s presentation of adults like Dumbledore, Snape, and Mr. and Mrs. Weasley. They’re not perfect by any means. They have their own flaws and concerns. But Harry depends on and learns from them in very different ways. I think it’s good that kids growing up have a sense of what it means to relate to adults.

And then something I find a little alarming:

“In Edinburgh, I met Alan Taylor, a journalist and the editor of the Scottish Review of Books, who despaired of Rowling’s “tin ear” and said of her readers, “They were giving their childhood to this woman! They were starting at seven, and by the time they were sixteen they were still reading bloody Harry Potter—sixteen-year-olds, wearing wizard outfits, who should have been shagging behind the bike shed and smoking marijuana and reading Camus.””

First of all, who’s to say that these activities are all mutually exclusive? You only have to look at Tumblr to see that. Second, some of us we not hooking up at underground music concerts at 16–and that’s okay. Why does Taylor assume that there’s a “right” way to be a teenager, and that that way must involve a cliched form of rebellion?

There’s a lot in this article, so make sure to read the rest. At her Children’s Book-a-Day Almanac, Anita Silvey has a great post up about Harry Potter and why the series won so many readers. One point she makes:

“Not only does Harry have loyal and wonderful friends like Ron and Hermione, but he also encounters intriguing adults—Albus Dumbledore and Professor Snape for instance. After I read Harry Potter, I had a new life goal—some day I want to teach Defense Against the Dark Arts at Hogwarts. Millions of other readers have projected themselves into the stories in entirely different roles.”

The reference to adults in Harry Potter is a good one, and it’s not brought up often in children’s literature. It’s not only important to craft compelling young protagonists; the adults around them should be compelling as well. It provides even more opportunities for readers to connect with the series, and for readers’ opinions to change over time.

July 31 is also JK Rowling’s birthday. These days, it’s easy to think of Rowling as a wildly successful and beloved author. But Silvey points out that the path to publication was rough for her, too:

“Almost every publisher in England rejected the manuscript of Harry Potter; she had to persevere for years with a story that seemed to be only of interest to her. Finally, she found an editor new to the field in a small publishing house: Barry Cunningham of Bloomsbury Press was willing to take a chance on her book. For around $1,000 dollars he acquired the rights to publish the first book about Harry Potter, and when he called her in for an editorial meeting, he told her that she needed to get a job, because “Nobody, absolutely nobody, ever makes any money in children’s books.””

I have no idea how anyone could pass on Harry Potter. I was hooked on the first page! Still, it’s a great reminder that a) not everyone is going to love your book, no matter how amazing it is, and b) even the most awesome books get rejected. If Rowling decided to quit after a few rejection letters, we’d have been deprived of a fantastic series and a rejuvenation in children’s literature as a whole.

If you still want more HP fun and trivia, check out these ten facts you might not have known. And raise a glass of butterbeer in honor of Harry Potter, the boy who lived!

PS–One summer a friend and I decided we wanted to get an ice cream cake. We didn’t have any friends who were having birthdays and it was after the 4th of July but way before Labor Day. So we decided to celebrate Harry Potter’s birthday and asked the Dairy Queen people to write “Happy Birthday, Harry” in icing. Made the treat that much sweeter. A little treat for Thursday: Little Brown just released the title, release date, and synopsis of JK Rowling’s upcoming novel. The Casual Vacancy will be released on September 27, 2012. The plot:

When Barry Fairweather dies unexpectedly in his early forties, the little town of Pagford is left in shock.

Pagford is, seemingly, an English idyll, with a cobbled market square and an ancient abbey, but what lies behind the pretty façade is a town at war.

And the empty seat left by Barry on the parish council soon becomes the catalyst for the biggest war the town has yet seen. Who will triumph in an election fraught with passion, duplicity and unexpected revelations?

I’m very confident that Rowling can capture darkly comic struggles beneath English idyllic life. (Although my first thought was “I really hope it’s the book version of Hot Fuzz!”) Very excited to hear more about The Casual Vacancy in the months to come.

JK Rowling is coming out with a new book.

So far no details announced except that it will be for adults and it will be published by Little, Brown, and Company. Really curious to see what Rowling has in store.